Orlando, Florida was the most visited city in America over the last five years, and in 2019, saw 75 million visitors. Orlando, now and in the future, is considered one of the ‘climate refugee hotspots,’ and has already seen an influx of coastal climate refugees due to home displacement.

With Florida being Ground Zero for climate change impacts in the United States, extreme weather events from super intensified hurricanes and sea level rise, to saltwater intrusion in drinking water, recent studies are showing another influx of climate refugee are expected in Orlando,” states Chris Castro, City of Orlando, Director of Sustainability and Resilience. “The city could see between 400,000 to 500,000 new permanent residents between now to the end of the century, solely because of climate change.”

How Orlando will still maintain the efficiency of their water supply and energy system and correlated waste generation, Chris says that’s a challenge in consideration.

“When you bring more people, more problems persist, so we need to be proactive in ensuring that we are approaching this from a systems perspective and really trying to leverage changes to our land development code and changes to City’s municipal policies and procedures to determine how we go about operating our city –in order to mitigate those future impacts, and devise something which uniquely positions us to combat climate change.”

Alliances are imperative and Chris says, “Too often these challenges are approached from a siloed perspective, and one of the reasons Orlando has quickly accelerated to be a leader in this space is because we’ve established a culture of partnerships and collaborations that have allowed us to work together in a unified fashion to move these things forward.”

In nature, an ecosystem that has high biodiversity is stronger or more resilient and healthier than an ecosystem with low biodiversity, and Chris says, “It’s because of the interconnectedness of that ecosystem and those species working together and allows them to flourish and that the same analogy could be applied to cities. How can we emulate and mimic nature and help to create these cultures of collaboration that allow us to go forward, advance, and to thrive?”

Chris notes that Orlando was not on the map seven-eight years ago for sustainability and that the focus that the city has had, and the relationships that have been built, has really taken Orlando to another level.

Orlando’s economy has grown more diverse from the green economy and immergence of solar contractors, energy efficiency tech, building retrofits and/or electric vehicle charging companies, for example, to biomedical and health care clusters –with sports, entertainment and theme parks only accounting for one-third of the overall GOP.

In 2020, Chris and the City of Orlando was a recipient of the USGC Leadership Awards which recognizes extraordinary leadership in green building and commitment to advancing healthy, sustainable buildings and communities and Chris says Orlando is rapidly advancing various renewable energy applications with utilities and at scale, implementing nature-based climate solutions and addressing where the sources of pollution are coming.

“Orlando has a strong priority on sustainable and climate goals and efforts, and improving air quality is one, not just from a public health standpoint but from a climate change mitigation standpoint.”

Orlando has plans to early retire coal plants by 2027 and reducing coal by 75% by 2025. And, across the transportation sector, the city and the transit authority, are both committed to using 100 percent electric and alternative fuel vehicles by 2030.

Orlando has been tracking emissions since 2007.

“We cannot manage what we do not measure,” says Chris. “And if we are not measuring and reporting then we are not meaningfully addressing the climate change crisis. We have to use data, and be data driven in our decision making across the board, and that’s why we value reporting of those emissions.”

Chris also serves as Co-Chair of a Committee for the Regional Planning Council known as the “Regional Resilience Collaborative (R2C), established to bring eight counties and seventy-eight cities together in one footprint. “We are embarking to establish the first regional greenhouse gas emissions inventory for the entire Central Florida Region. This will better help us to understand where the opportunities and where the emissions profile is, and how as a region, we can work together to be more resilient.”

Recently, Orlando has gained a lot of attention for the emerging application of solar panels, which float in stormwater retention ponds at airports and waste treatment centers –with solar as their primary source of electricity combined with the growing marketplace for recycling solar panels (over 95% of solar panels is recyclable materials) the city anticipates full life use of the solar arrays and intends to fully recycle and put all recyclable parts back into service.

The city is also taking steps to improve the quality of air through urban forestry, Green Up Orlando, Orlando’s free tree program is helping to achieve their 40% by 2040 Tree Canopy Goal.

Orlando is also reducing emissions rapidly by electrifying its fleet, which consist over 350 buses and 3000 vehicles, and Orlando is enabling a market for consumer electric vehicles.

In 2015 the first Rental Car EVV Program in the country, Drive Electric Orlando, was established; Orlando partnered with Enterprise rental car agency, Orlando International airport, the Central Florida hotel and lodging association, and more to offer ‘perks’ for visitors that rent the EVs, including free charging throughout their visit, preffered parking at destinations, free valet service at hotels, and more. (PlugInPerks.com).  More recently, in October 2020, Orlando launched its first EV Bus Transit Operating system and provides free service to residents and visitors downtown. Throughout the city, Orlando currently has over 500 electric charging stations, and Chris says they are expanding another 100 by April 2021 and is currently working with utilities and have established Orlando’s first DC fast charging hub and will begin replacing gas stations with EVs.

“Orlando has ambitious goals to zero waste and has built out a very robust set of strategies of waste intervention to begin moving in that direction,” Chris says, “and have already started to do so.” Orlando continually strives to become a zero-waste community, aiming to eliminate sending solid waste to landfills/incinerators by 2040 and is finding innovative ways to put waste to work through solutions where waste is seen as potential value.

Applications that Orlando employs are not unique to applications other cities are implementing, such as electric buses or utility solar, with the exception of floating solar, Chris concedes. “The difference is that Orlando is doing it at a much faster pace –and that pace acceleration, is because of our culture of collaboration.”

“It’s very rare that you have a utility, a transit authority, an airport, a regional planning council a city, a county, the universities, the business chamber – all of us our aligned in the exact same goals to advance sustainability and climate action.” Chris says he thinks that establishment, starting with Orlando’s Mayor, Buddy Dyer, and also the grassroots from the bottom-up interest to collaborate has been Orlando’s greatest strength. “It has been our secret sauce and our ability to really accelerate this work in a relatively short amount of time.”

As part of their strategy, Orlando is looking at the UN Sustainable Development Goals as a unifying framework for the city and Chris says that they are also looking at how Orlando’s work is helping to advance national and global framework.

“Post Covid, Mayor Dyer implemented a green and equitable recovery strategy,” Chris says, “Amid the pandemic, it has really underscored the importance of our priority to transition Orlando to be more environmentally friendly, more socially equitable and inclusive, and to be a diverse economic powerhouse.”

Orlando’s Journey towards Sustainability and Resilience:

Inside look at Zero Waste initiatives

Corporations, investors and experts in biogas work in silos and CZW’s meeting will help educate corporations on the benefits of RNG as a viable solution to combating climate change, adding new clean jobs and localizing supply chains.

Register for CZW’s next Virtual RoundTable

Chris is an award-winning sustainability professional, clean energy enthusiast, and eco-entrepreneur with a passion to advance smart, resilient, and sustainable cities in balance with nature.

Since 2014, Chris has worked at the City of Orlando as the Senior Advisor to Orlando Mayor Buddy Dyer, Director of Sustainability & Resilience, and ‘Future-Ready’ steering committee member, developing a comprehensive set of policies & programs that advance the City’s sustainability, climate action, and smart city goals.

Chris is best known for his entrepreneurial efforts prior to coming to the City, including co-founder and President of IDEAS For Us, a global UN-accredited 501c3 nonprofit working to incubate and fund innovative projects that advance the UN Sustainable Development Goals. In 2012, Chris also started a clean-energy consulting and development firm called Citizen Energy that operates in Washington DC, and in 2013 co-created “Fleet Farming”, the renowned urban farming social enterprise program that is redefining local food systems by building organic farms on homeowner lawns, schools, and underutilized land throughout neighborhoods and communities.

Outside of work, Chris sits on nearly a dozen nonprofit and academic boards, including the Florida Solar Energy Center, US Green Building Council of Florida, Project Greenschools, and Goodwill Industries of Central Florida. He has previously held sustainability positions with University of Central Florida, Orange County Government, and the U.S. Department of Energy.

Over the years, Chris has been internationally recognized for his efforts; including being named the 2018 Public Official of the Year by Governing, a ‘Champions of Change’ by President Barack Obama, the ‘Guru of Green’ by the Orlando Business Journal, the Grist 50 Fixer Award, Top 30 Under 30 sustainability professionals by GreenBiz, and formal recognition from President Bill Clinton, President Jimmy Carter, and Vice President Al Gore.

In December 2018, Chris starred in the National Geographic documentary on climate change called “Paris to Pittsburgh” to share the Orlando journey on climate action to millions of people around the World.

Chris started as a USGBC student at the University of Central Florida, then became an Emerging Professional, and today is a recognized advocate for sustainability nationally.

From Rooftops to Algae Pools: Orlando’s Vision for Carbon-Free Energy 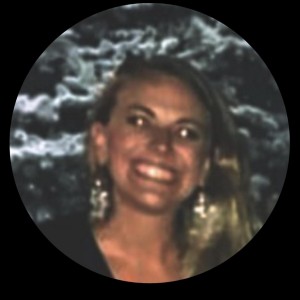 Lindsey Berry
Lindsey is a graduate of University of Kentucky, a mother of four and an advocate for children, health & wellness, and the environment. She and her family reside in Carmel, Indiana and strive to live sustainably, practicing at home plant based and clean eating, and many zero waste methodologies. Lindsey is the CEO of Helping Ninjas™ a nonprofit organization whose mission is to educate and provide opportunities for kids to learn to be highly skilled at helping the world.